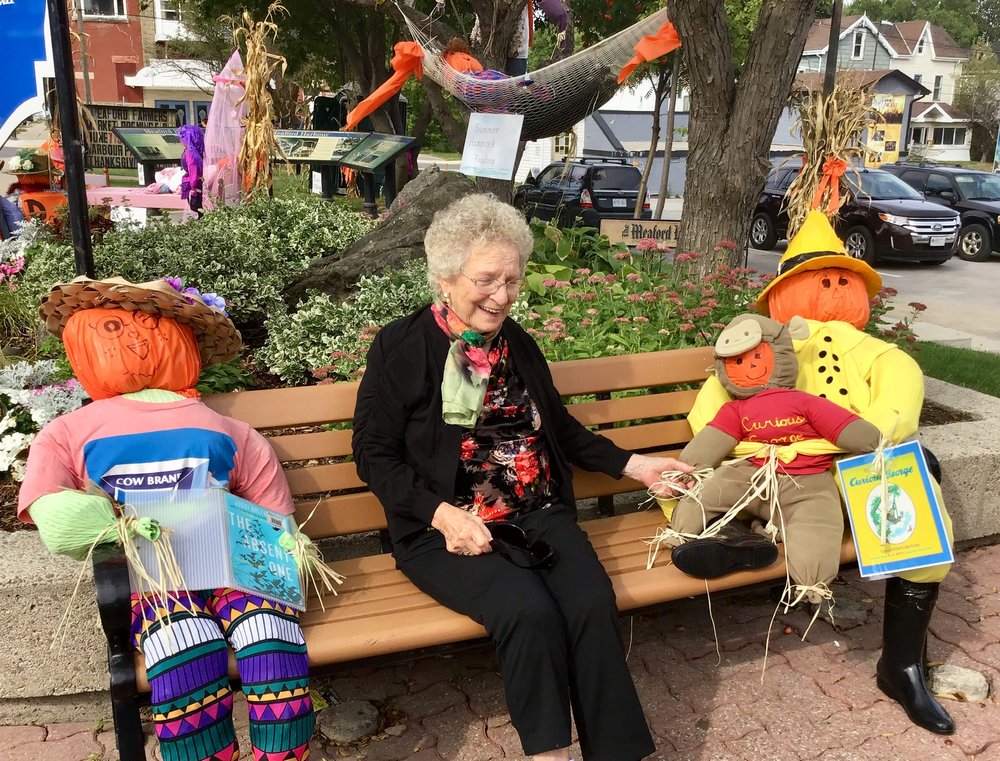 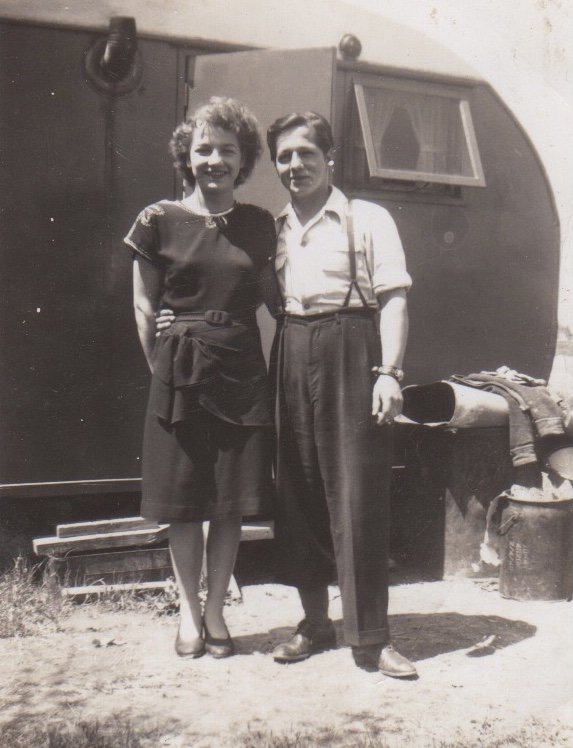 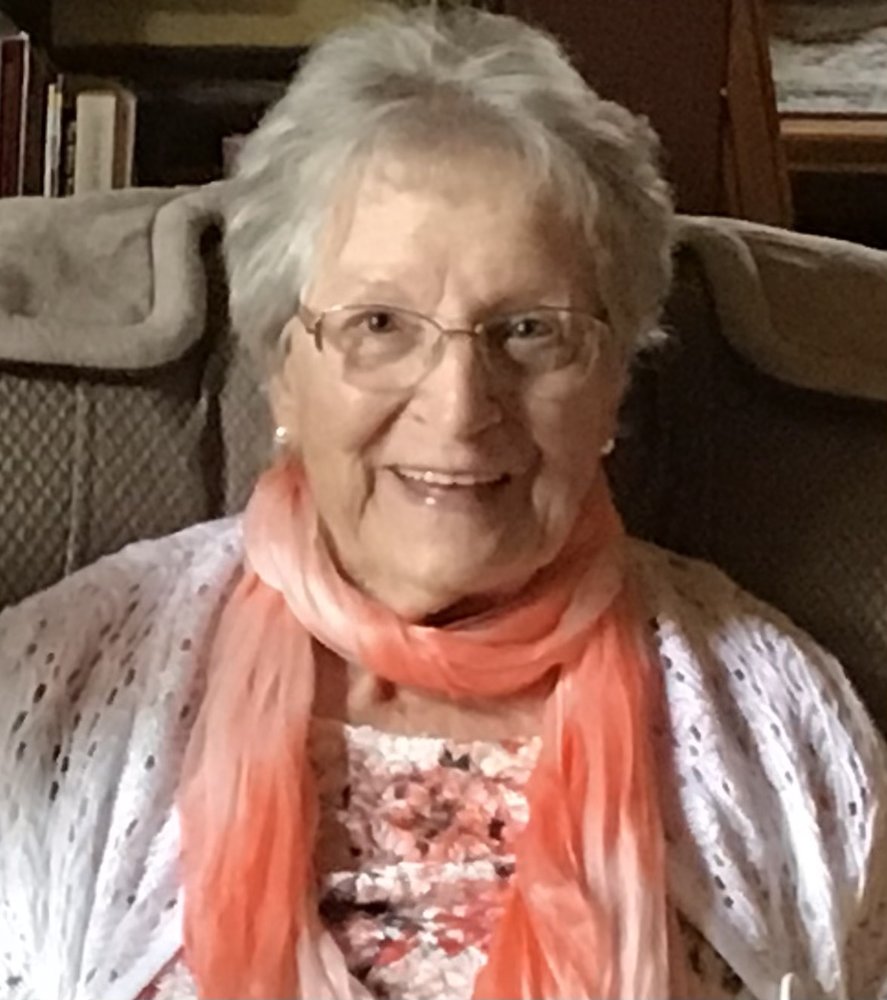 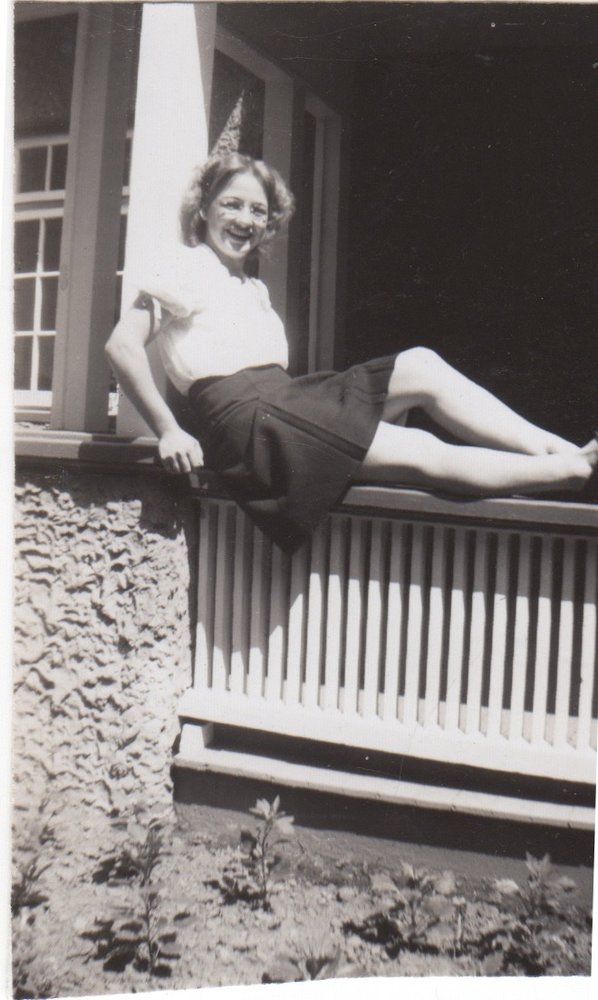 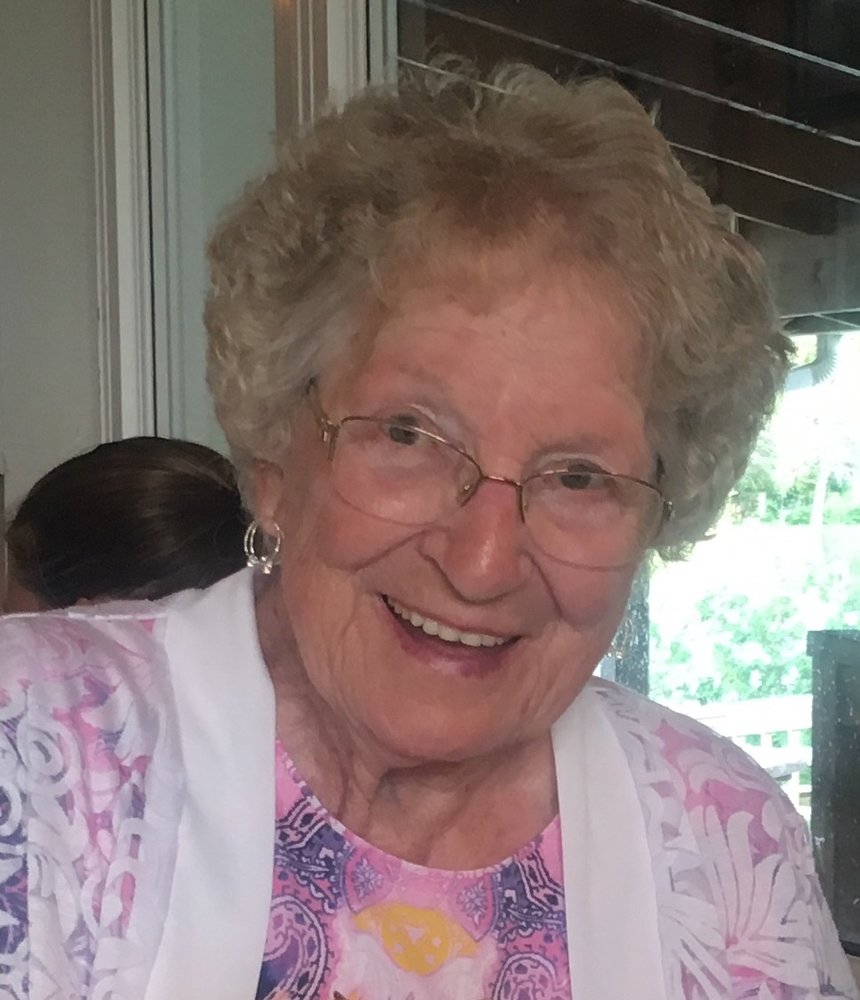 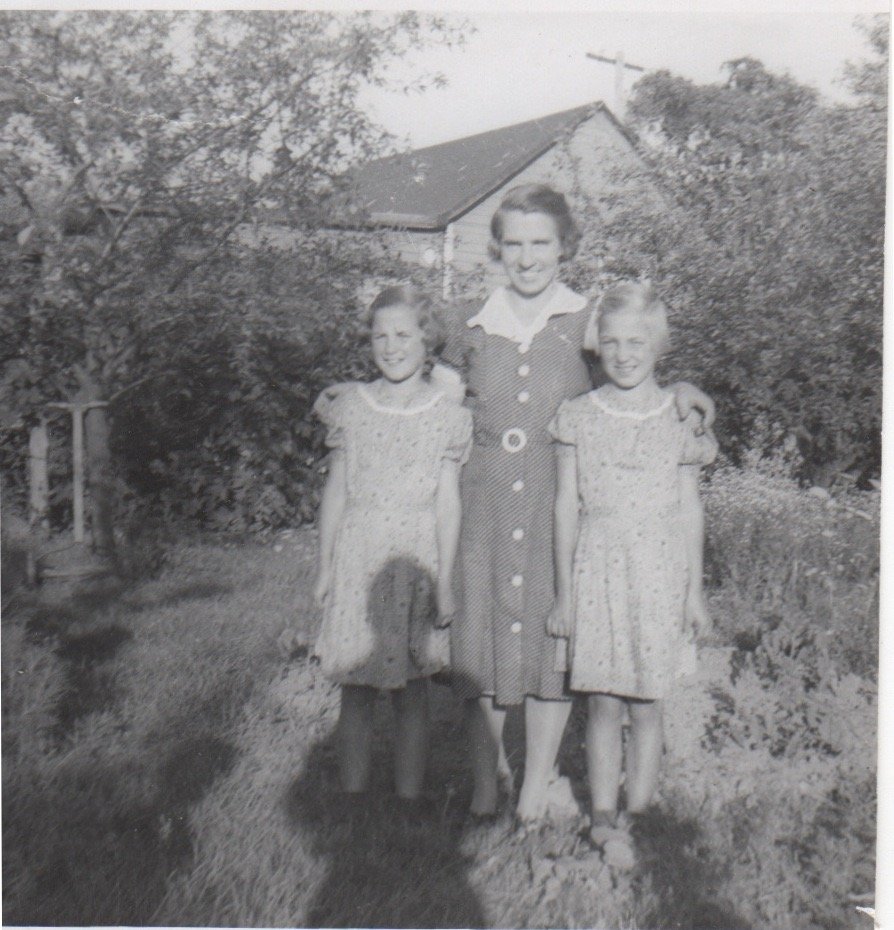 Eleanor Stanton (nee Baigent) passed away on June 17, 2021 at the age of 90.  Eleanor was born on January 14, 1931 to parents Wilfred and Elizabeth Baigent and had five siblings - Mildred, Elsie (her twin), Wayne, Robert (Bob), and Margaret (Marg). In 1947 she married Derek Stanton. They had three daughters - Debbie, Dale and Darlene.

Eleanor was an extremely talented person.  She painted cartoon characters on the cement block walls in the basement of their home in Streetsville and painted water colour scenes on the dining room wall that she could change with the seasons.  She built wooden toy boxes, knitted doll clothes, and made canopy beds for Barbie dolls. She made clothing for her daughters, and costumes for school plays and parades. She upholstered and re-finished furniture, made beautiful stained glass lamps and window hangings, and created intarsia woodworking pieces. If she took an interest in something, she taught herself how to do it.

After a number of family camping vacations at Sauble Beach over the years, Eleanor and Derek bought a 140 year old rustic log cabin with a dirt floor, and renovated - much of it themselves - to turn it into their cottage. They later put on an addition, and it became their retirement home.  Eleanor was widowed at the young age of 56, losing Derek after 40 years of marriage. It was the second big loss in the family of five. Darlene had passed away at the age of 11 in 1968.  After Derek's passing, Eleanor used her time, talents, and caring spirit to assist, encourage and support her friends and family.

Eleanor was loved very much and will be greatly missed by her daughters Debbie Peacock and Dale Stanton, her siblings Wayne Baigent, Marg and her husband Bob Webb, and nieces and nephews.

Thank you to the Sauble Family Health Team, Home and Community Support Services including Paramed and the VON, the 911 responders, the Wiarton Hospital staff, Sauble Beach United Church, and family and friends for their support and prayers.

Eleanor had the love of Jesus in her heart since she was a young girl which showed in the way she treated everyone.  She was looking forward to being in His presence and reuniting with loved ones who have gone before.  'Precious memories, how they linger, how they ever flood my soul.'

Private family funeral arrangements entrusted to the DOWNS AND SON FUNERAL HOME, Hepworth.  Expressions of remembrance to the Wiarton Hospital c/o Bruce Peninsula Hospitals Foundation or the Sauble Beach United Church would be appreciated.  Messages of condolence may be sent to the family through www.downsandsonfuneralhome.com