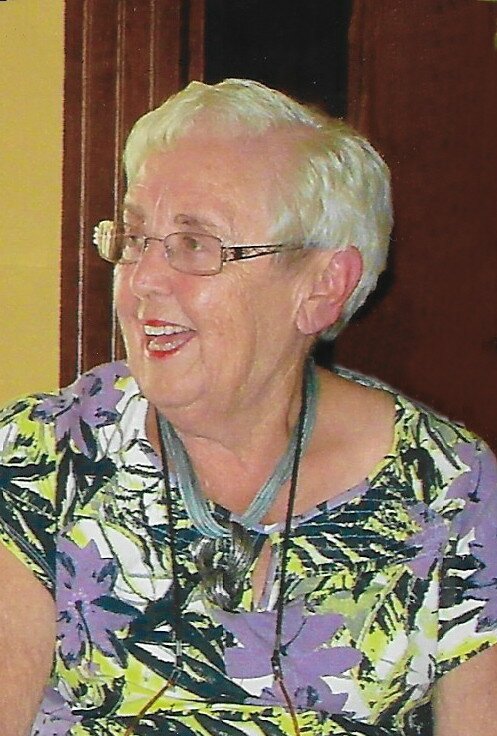 It is with great sorrow we announce the passing of Vivian on 12 September, 2022. She is survived by her husband Glen (68 years) of Guelph, son Brian (Sara) and grandson Christopher of Brooklin, ON.  Sister of Hazel Smith, step-sister of Wayne Morrison (Betty) and Ross Morrison and sister-in-law of Gerald Keeling all of Owen Sound.  Predeceased by maternal parents Vivian (nee Greenfield) and James Morrison of Woodford and aunt and uncle Peter and Kate Morrison of Woodford who she lived with for 20 years, brothers Ronald Morrison and Murray (June) and sisters Carolyn Rush and Miriam Keeling.

Vivian was a fun loving person and lived with her family in various towns and cities in Canada, including a three year term in Germany.  Her one regret was that she never got to see Newfoundland.

The family would like to thank the staff of Freeport Hospital for looking after and caring for her these last months.

Private arrangements entrusted to the DOWNS AND SON FUNERAL HOME, Hepworth.  Interment Zion Cemetery, Hepworth.  Expressions of remembrance to Freeport Hospital c/o Grand River Hospital Foundation, the Canadian Cancer Society or the charity of your choice would be appreciated. Messages of condolence may be sent to the family through www.downsandsonfuneralhome.com